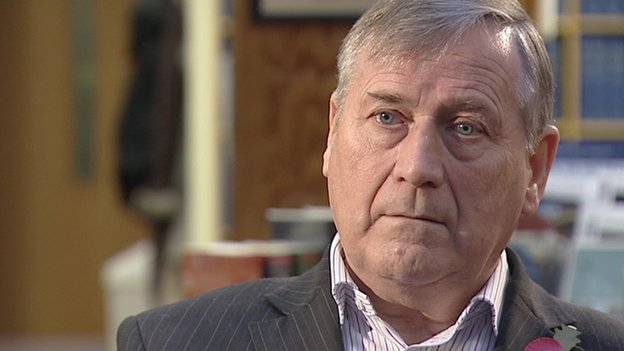 Unionists left the Stormont talks on Thursday after the Parades Commission barred part of an Orange parade in north Belfast on 12 July.

Rev Brian Kennaway said their actions would solve nothing.

If people could not rule, he said, then direct rule might well be better.

The Parades Commission ruled that the parade could not return along a stretch of Crumlin Road that separates unionist and nationalist communities in north Belfast.

It is the second year in a row that the commission has ruled against the return leg of the 12 July parade walking along the route.

In recent years, there has been serious rioting on 12 July in the mainly nationalist Ardoyne area when the parade was allowed to return along the route. Scores of police officers were injured as a result.

When the Parades Commission ruled against the return leg last year, loyalists attacked police at the point where the parade was brought to a halt, and again, several officers were hurt.

Speaking on BBC NI’s Good Morning Ulster on Friday, Mr Kennaway said the unionist walkout was “a total and complete dereliction of their duty”.

“They were elected to give leadership to their community and they have failed to do so. It is repeating the mistakes of the past,” he said.

The former Parades Commission member said the implications of the unionist walkout were that young people felt the politicians were behind them in their actions.

He said violence was not inevitable but, with young people, advice often fell on deaf ears.

Mr Kennaway said he did not think Stormont was in danger of collapse.

However, he added: “A lot of folks from a fundamental unionist tradition are simply asking themselves would direct rule not be better.

“I am coming increasingly to that decision. If people cannot rule this part of the UK to a devolved assembly then direct rule might well be better.”

More on This Story